A full-service, no B.S. marketing agency

Big Rig Media is about cutting through the B.S. to work with businesses on marketing that makes sense for them. We like people. And we like happy customers even more. So we work relentlessly to make that happen. We’ll always level with you and collaborate to become an extension of the team, to work out your best way forward.

We’re seasoned experts in our individual areas of focus, pulling together to make a talented team who love what they do. 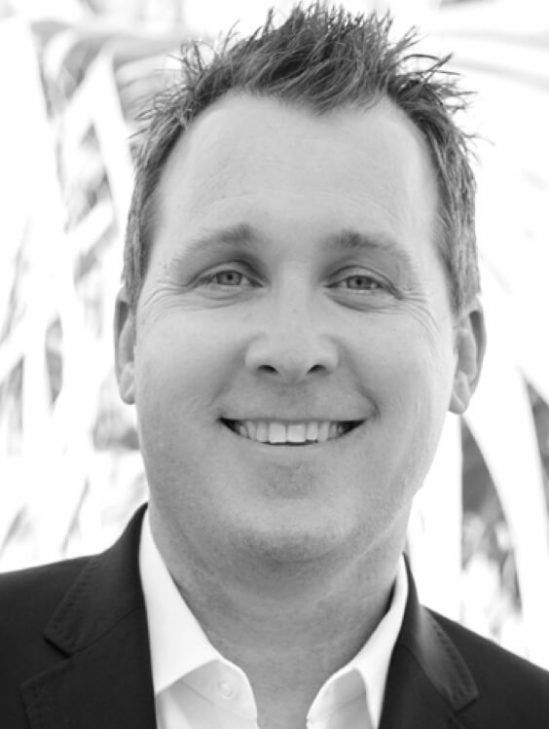 Since 2000, Jeff has been positioning Big Rig Media as a premier web developing and marketing firm. Together with his talented team, he’s created a booming online and print presence spanning the franchising, hospitality, private aviation and union industries, across the United States.

As the creative and technical engine driving the Big Rig Media process, Jeff makes it his, and his extremely talented team’s top priority to be on top of current Internet developments.

Jeff has been featured in EQ Magazine, M/E Insights (Music Industry) and ARVC (Association of RV Parks and Campgrounds) Insight Tech Talk, as well as speaking throughout the nation on emerging tech and digital marketing.

And when he (occasionally) comes up for air from Big Rig Media, he enjoys hitting the weights, links, or doing yard work with his wife. 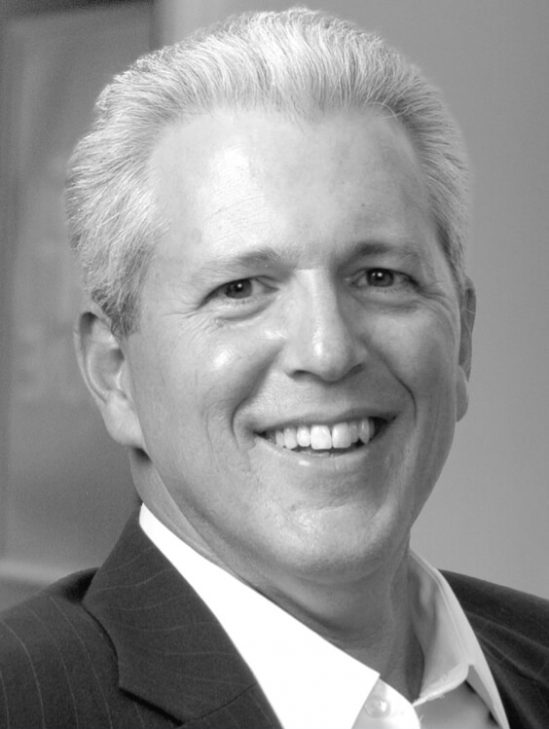 Gregg is a business growth expert, with a deep history of success in helping companies achieve exponential and sustained growth. His career has spanned both B2C and B2B environments covering strategy, branding, communications, sales & business development, and of course all forms of online marketing. He’s also an avid tennis player when he’s not helping businesses growth at Big Rig Media. 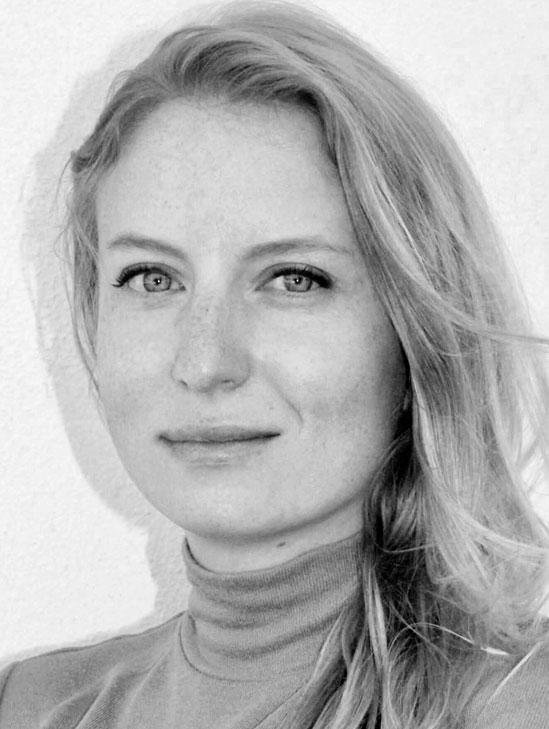 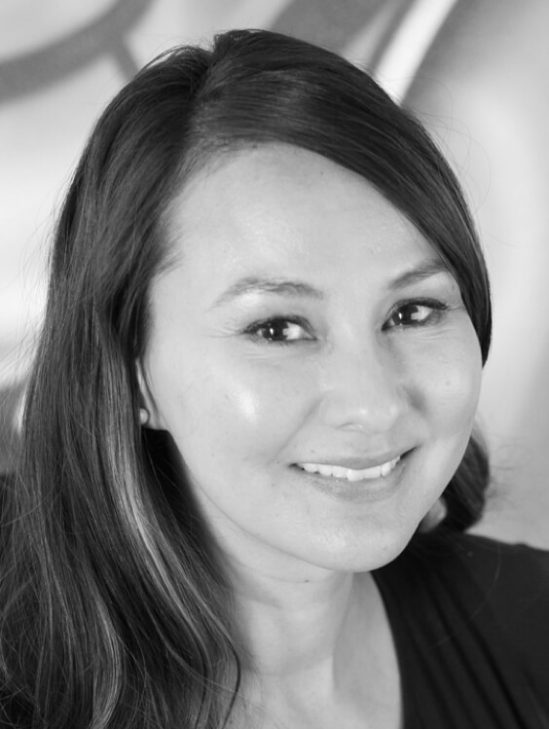 Amy started her career as a print designer and has since migrated into an award-winning website designer. She oversees and guides both the creative and technical direction for Big Rig’s offline and online roster clients.

Before joining the Big Rig Media ranks in 2008, Amy worked with several other Southern California design firms, gaining extensive experience in publishing to add to her list of talents. Amy received her Bachelor of Arts degree in Design | Media Arts from UCLA, and in her spare time, she enjoys spending time with her family. 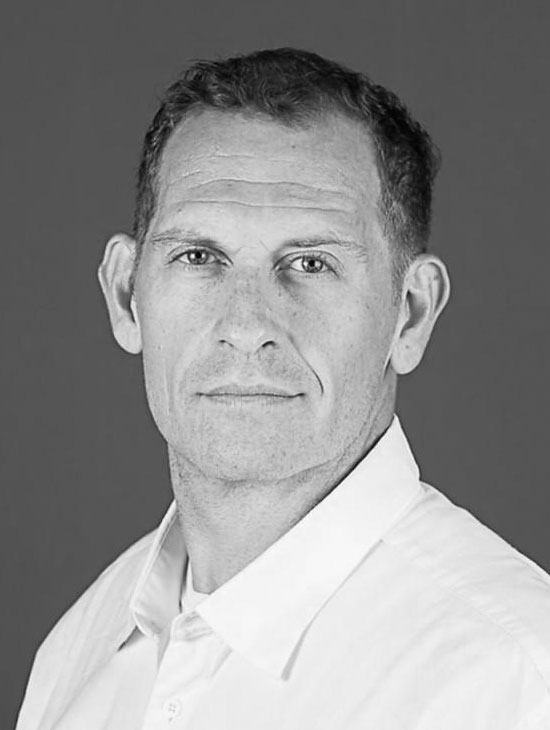 Nic is a serial Entrepreneur, bi-lingual in business and technology.

His career started at Microsoft in their Interactive Media Group (IMG) where he worked on data warehouse and analytics for sites including home.microsoft.com, Expedia, MSNBC and Slate magazine and on early skunkworks web development projects.

He then joined CTI, an early Internet Service Provider in Tokyo Japan. There he led the web development team and worked as a consultant on Sony Japan’s “Sony Drive” website, and developed custom Internet projects such as virtual-hosting for wu-ftpd, a custom Japanese language indexing engine, live camera feeds and the famed ‘Cannes on Cyber’ site tracking the Cannes Film Festival.

In 1999 Nic returned to the US, heading to Silicon Valley where he co-founded Miradi, Inc., a project management and collaboration startup for web developers and creatives, whose software was acquired in 2001.

In 2001 Nic joined the corporate world again where he worked in IT management for the retail giant Albertsons and ultimately as a Senior Director of R&D for the forensics and Cyber Security market leader Guidance Software, Inc.

But Nic is an entrepreneur at heart and is excited to be back doing what he loves. 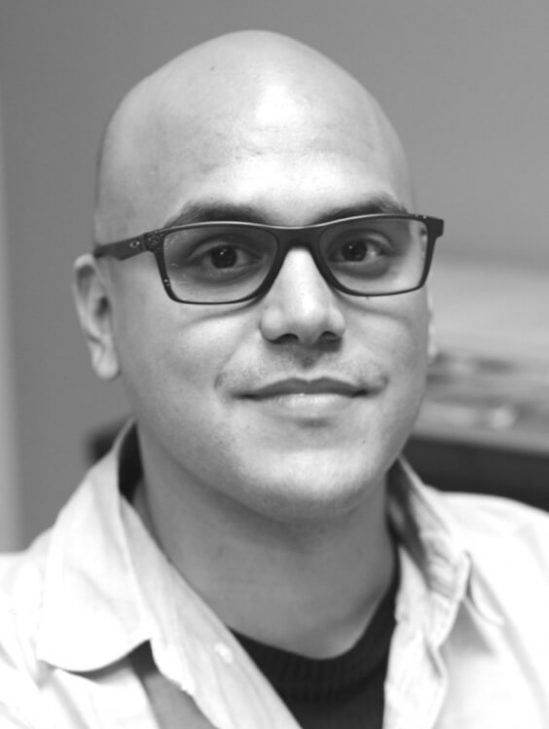 When he’s not working at Big Rig Media, Andrew loves working on cars and travelling with his girlfriend and dog. 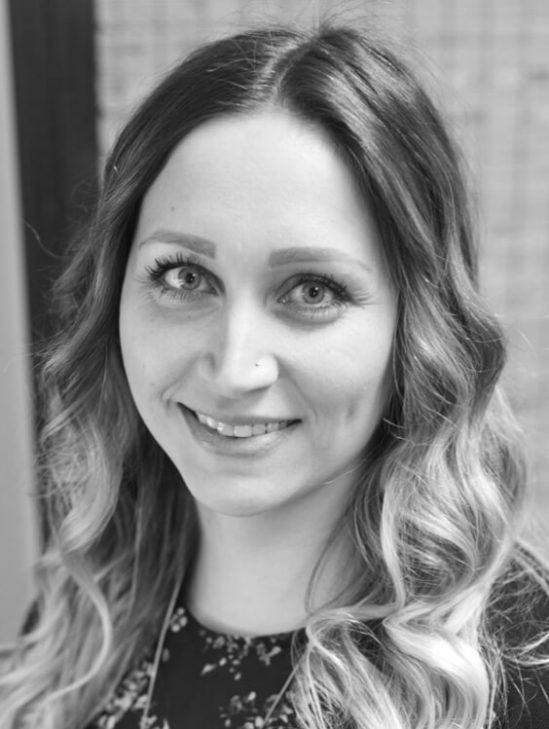 Kim has been a valued member of Big Rig Media’s design team since 2013. Expertly trained and skilled in all the latest design apps and development languages, Kim has a deep understanding of the technical details required for each project. When she isn’t sitting in front of her Mac, she enjoys hanging out with her daughters and indulging in their favorite activity together: trips to the Magic Kingdom, a.k.a. Disneyland. 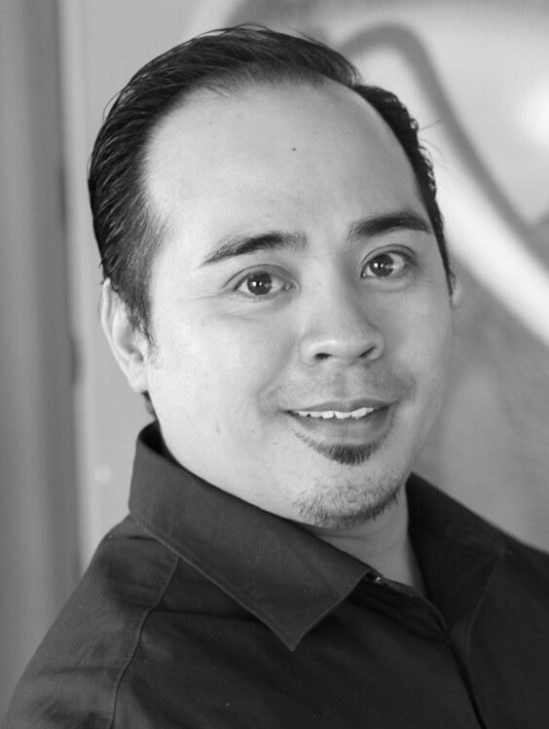 Since his arrival in the Big Rig Media offices, Ramsey has been brainstorming and producing fresh concepts for all of our print and collateral campaigns, including powerful logos that we’re renowned for.

A Graphic Design and Multimedia grad from the Art Institute of Costa Mesa, he is a creative mastermind with our traditional offline services, including brochure design, logo design, business cards and more.

He’s also our in-house black belt, so we all listen carefully to every idea he has. 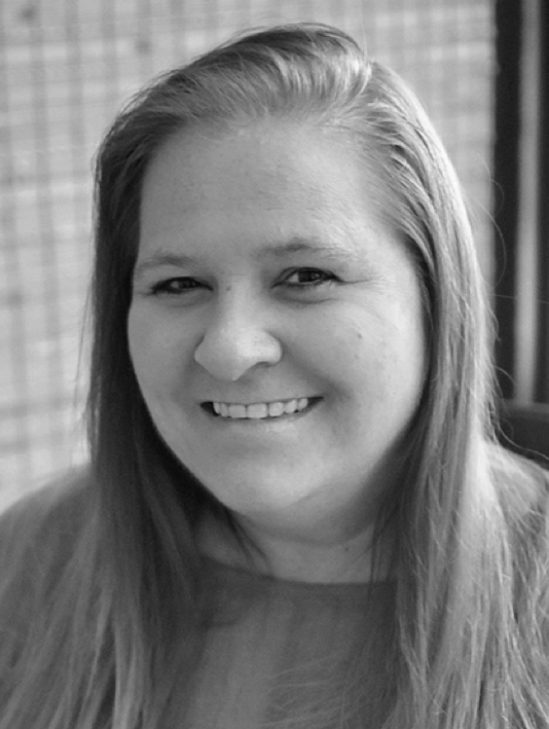 Since 2017, Angelica has been bringing her wealth of graphic design experience to Big Rig Media. Her years as a freelancer have given her a broad skillset, which makes her an asset whatever project she’s putting her mind to.

Angelica is passionate about staying current with the latest technologies and continuously challenges herself to expand her expertise. She loves spending free time with her family and working on video productions. 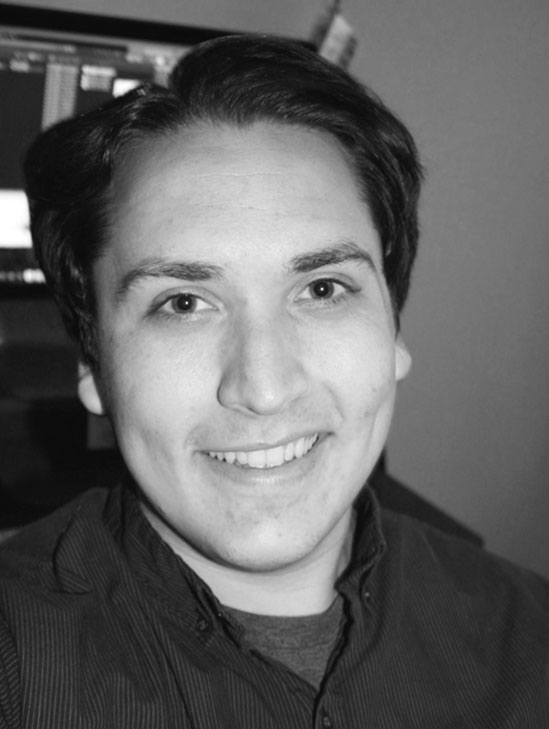 Neil studied Studio Art and Design at Crafton Hills College where he also received an internship to apply his skills in the school’s marketing department. He followed this up with a decade+ experience as a graphic designer, illustrator and photographer for a Coachella Valley area real estate firm as well as a number of freelance projects for a variety of other local area organizations. Neil applies his art & technical passions in his personal life through photography, repairing old gaming systems and collaborating on art projects with his wife. 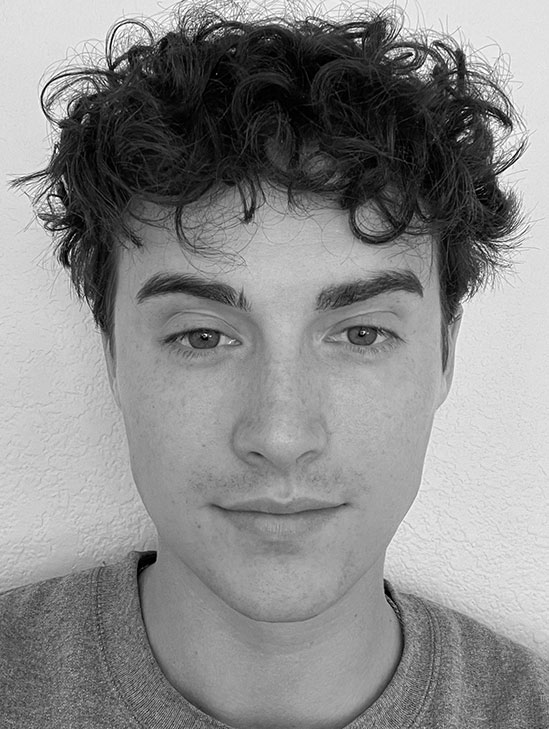 Nic Morey joined Big Rig Media as a web designer who specializes in UI/UX along with traditional practices such as logo and print design. Nic is experiences in the adobe creative suite, Figma, WordPress, Sketch, and office applications. 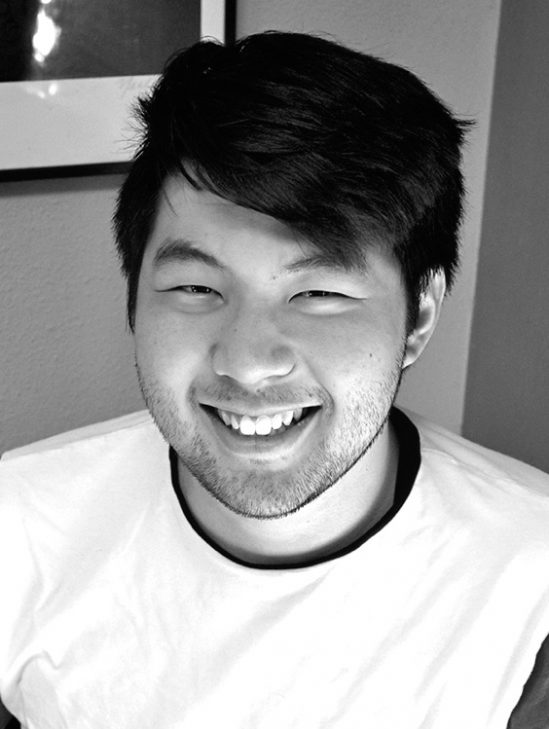 Kevin has spent most of his life around computers. His study of robotics began in middle school, and he became self-taught in the specialties of coding, Amazon Web Services and web development. He received his degree in Computer Science at the University of California, Santa Cruz. Soon after graduating, he launched his career here at Big Rig Media. During his free time he enjoys cooking, baking and most importantly, eating his creations! 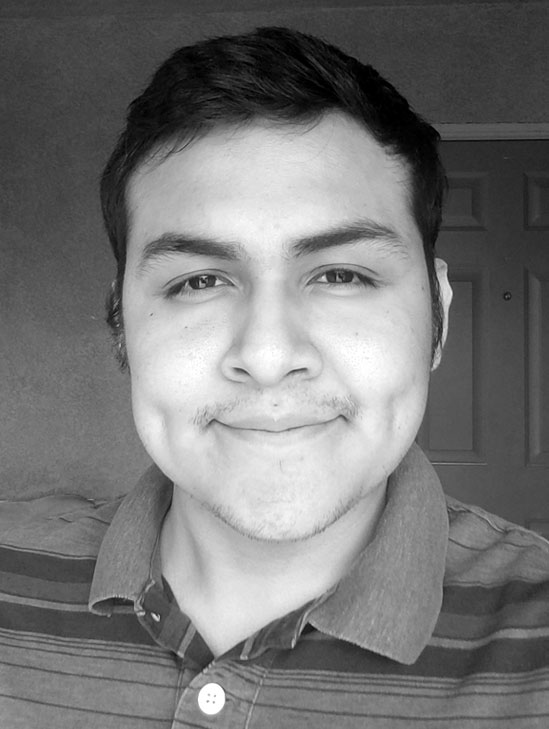 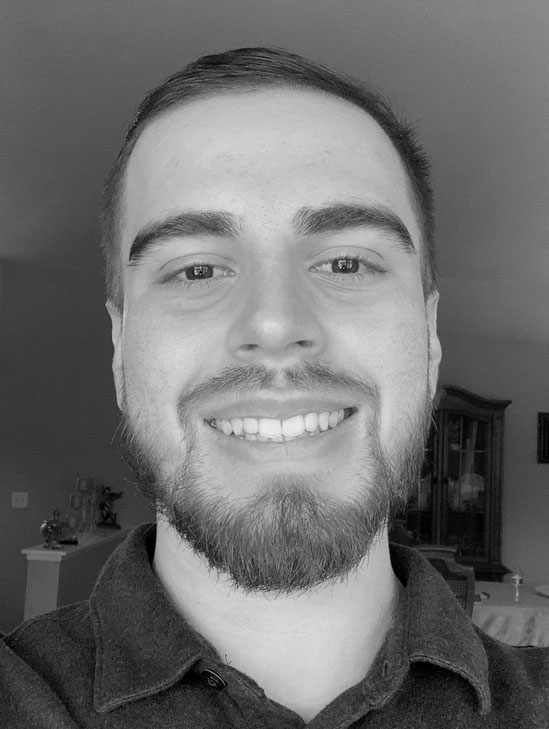 Nick has always had an affinity for math and problem-solving. While studying physics in college, Nick had the privilege of taking a few computer science classes and immediately fell in love with the vast world of programming. After attending an intensive course on web development, Nick specializes in building web-based applications and WordPress websites. In his free time, Nick loves to exercise, spend time with friends and family, and work on improving his coding skills through his own personal projects. 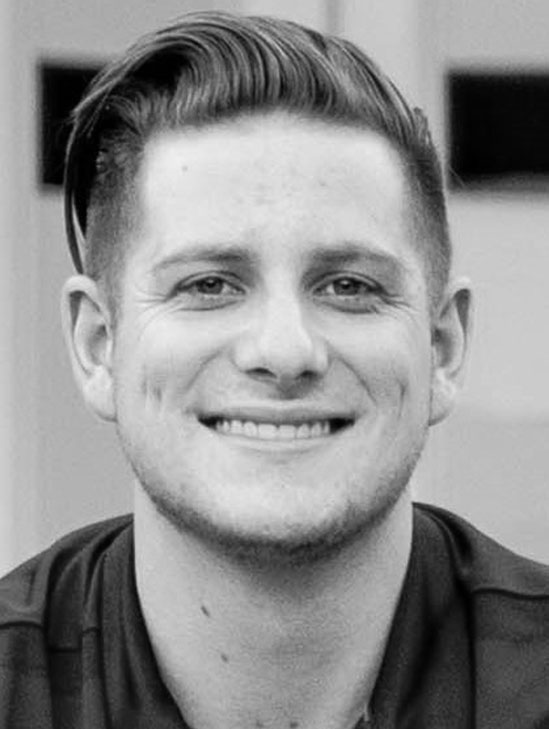 Jack has always shown a strong interest in digital media. A graduate from The University of Arizona, he comes to us after collaborating with some of the biggest names in sports including Instagram, NASCAR and Arizona Athletics. When he’s not working at Big Rig Media, you can find Jack capturing the world through his camera, or on any local golf course. 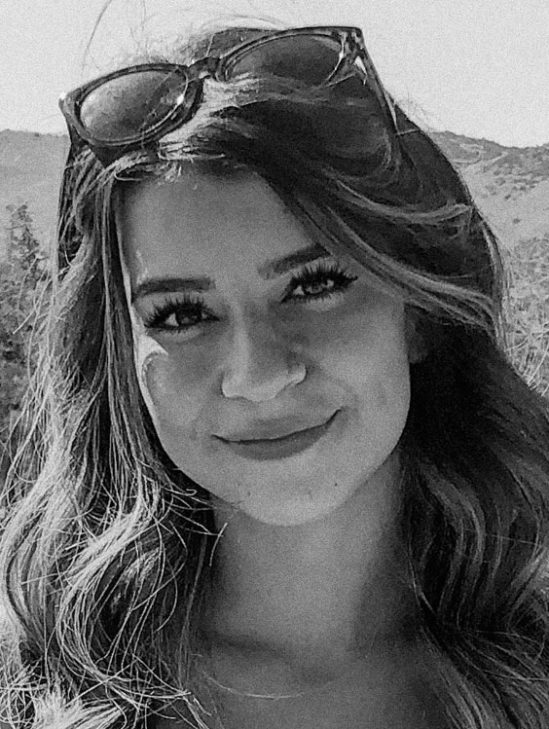 Natalie has always had the desire to design and create. She has taken on the role of being a social media manager for several small businesses and specializes in content creation. After earning her degree in digital media marketing, she continues to learn the ins & outs of marketing and dives into a series of projects for Big Rig Media from video editing to banner ad creation. 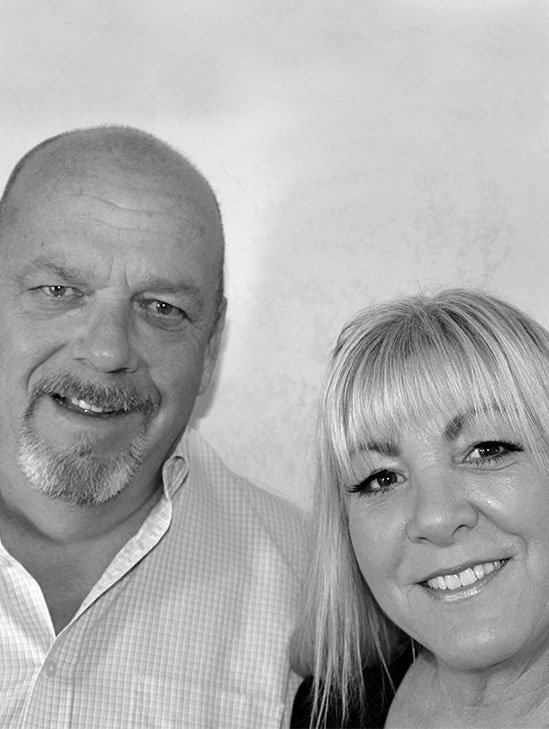 In 2014, Tony and Nanette Martin decided to sell their Greater Toronto Area businesses and pursue the nomad’s life in a Class A Motorhome. Crazy, huh? But they did it!

For seven years, the Martins and their two German Shepherds, Coco and Bowie, traveled the highways and byways of the United States, Canada, and Mexico, becoming RV pros as they explored North America and represented leading outdoor hospitality brands.

Their business experience and knowledge of nearly every RV park on this continent has given them the familiarity with sales, marketing, and customer relationships necessary to become a welcome addition to the Marketing and Sales Team at Big Rig Media and Big Rig Xpress.

Today, Nanette and Tony continue to live and travel the country in a motorhome with their furry travel companions. Specialists in the RV industry, the Martins are always ready and eager to help you succeed. 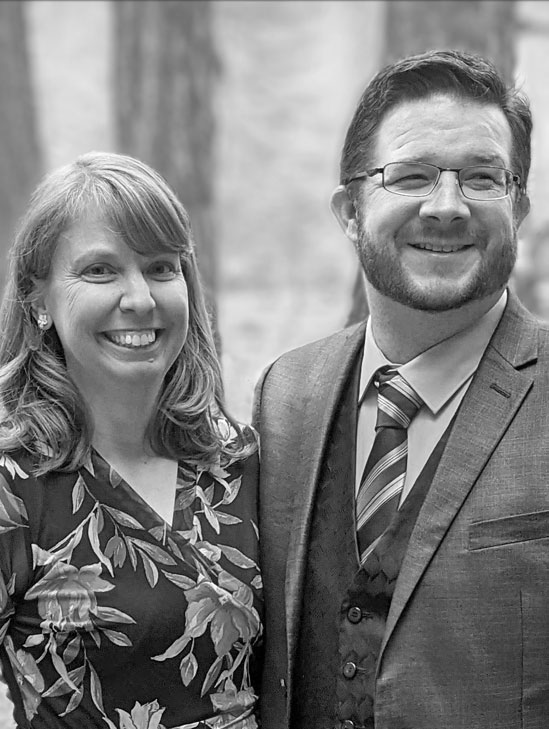 Natalie and Levi Henley sold their house to move into an RV full-time at the end of 2014 and have been traveling ever since. As copywriters for Big Rig, they bring a combined 12 years of copywriting experience and specialize in writing for RV parks, social media copy, newsletters, blogs, and websites.

Along with their copywriting experience, they have acquired a unique first-hand view of the RV industry from both the customer and business sides of the fence after working in various positions at RV parks/resorts around the country.

Their experience and versatility make them an excellent fit for Big Rig’s clientele. 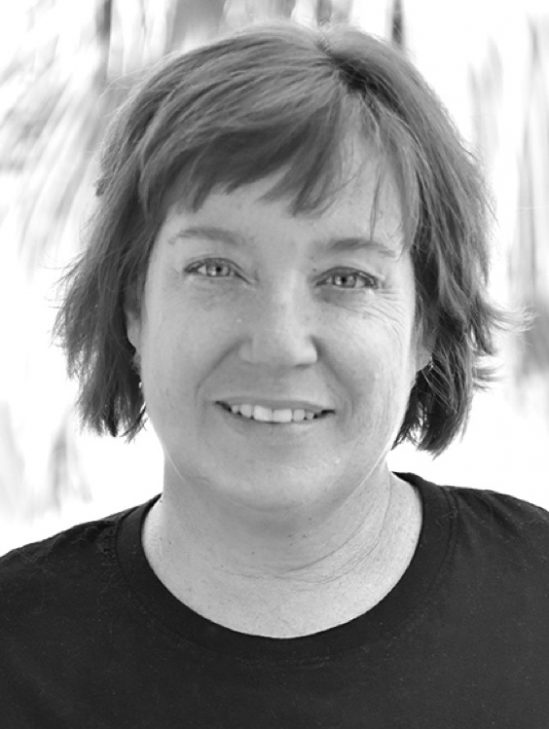 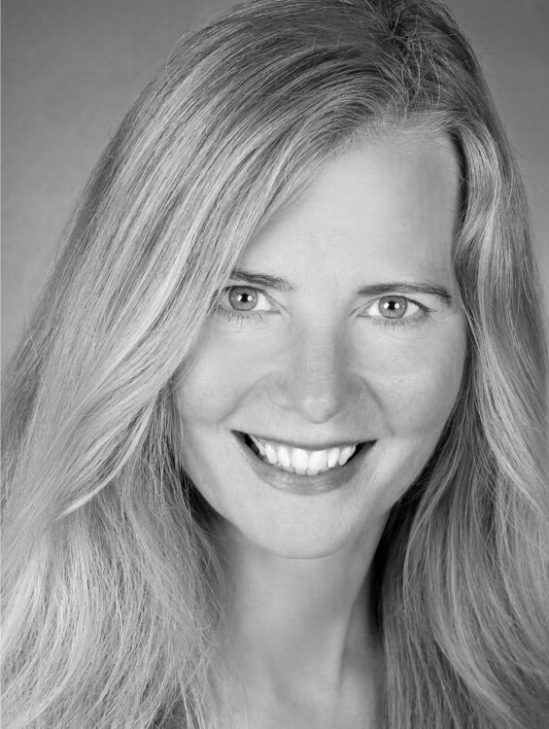 Christina brings over 28 years of experience to the team, with branding, marketing and events management, copywriting and slogan creation to name just a few of her many skills.

She specialises in the RV, aviation, and technology industries, which is perfect for Big Rig Media’s growing clientele. Her love for writing has made her an excellent creative addition to our team, as she’s a published author with a book and numerous articles under her belt. 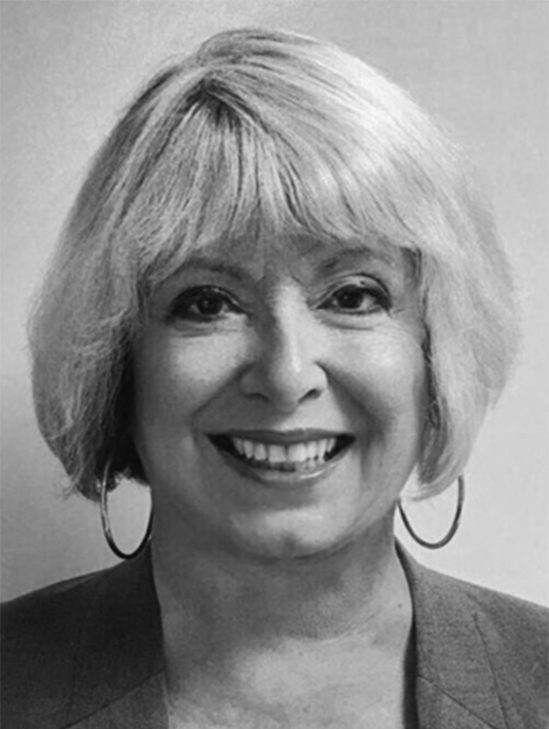 Janis learned copywriting as a survival skill after the bombings of 9/11 nearly wiped out her restaurant and the tourism industry in her home, New Orleans, Louisiana. It worked!

As the ‘parent’ of four cats and two huge dogs, Janis says, “If pet hair was a fashion accessory, I’d be on the cover of Vogue magazine.” 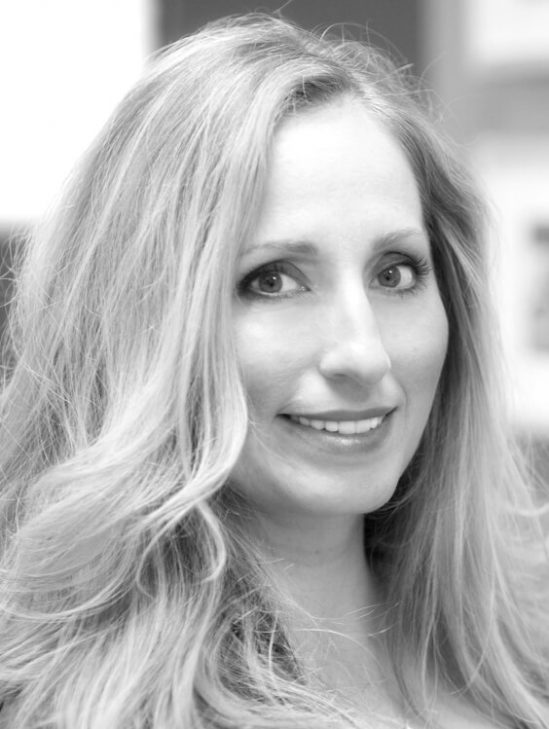 Shakeh keeps the books (and Jeff, her husband) all in order, making sure the accounts – both payable and receivable – are up to date.

When she’s not at Big Rig Media, you can usually find her enjoying some retail therapy. Yes, she can shop till she drops, and we mean that literally.

LET’S GET THE CONVERSATION STARTED.

Delivering results, one customer at a time.